The Story of Mario Dedivanovic

Here at Multimedia Makeup Academy, we strive to give aspiring makeup artists the tools they need to have a successful career. Makeup is an expansive industry and stepping into it can be intimidating.

However, it is important to note that not all makeup artists started at the top. In fact, most are from humble beginnings and took risks in order to realize their dreams.

One of the most famous makeup artists right now is Mario Dedivanovic, most famous for his work on Kim Kardashian West.

West has vocalized her strong trust and bond with Dedivanovic and how their relationship is much closer than simply that of a client and makeup artist. This sort of relationship is a common occurrence and somewhat reminiscent of Marilyn Monroe and Whitey Snyder.

Although Dedivanovic and West built their careers together and have been through thick and thin for the past 11 years, it wasn’t always so rewarding. In fact, Dedivanovic had plenty of difficulty in the beginning.

Dedivanovic discovered his passion for makeup while working in the Sephora fragrance section. A customer asked him to help her select a lip color and this encounter was his “Aha!” moment. He knew this was what he wanted to do. 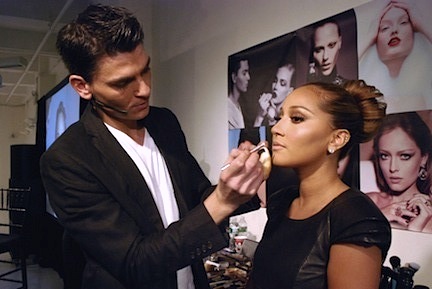 Unfortunately, his traditional Albanian family strongly disapproved of his interest in makeup and wanted him to have a college degree. He salvaged makeup in an old show box in his closet, using it only when he was sure no one was around.

One night, his box was discovered and after his family's disapproval, he ran away. Because of this, Dedivanovic strongly encourages people to be themselves and not worry if there is a backlash. They should embrace their true selves.

After building a portfolio, Dedivanovic quit his retail position and began working as a full-time makeup artist. "I told myself, 'This is it. You have no other option. You can't go back, you have to make it work.”

From here, Dedivanovic began working for a small pool of celebrity clients and a weekend gig at Fox News.

As a guest in a James Charles video, he recalls a bad experience, in which a man pushed him away, refusing to have his makeup applied by a man. He vowed to never attempt a man’s makeup again. He apparently stuck to his guns. James is the only boy he has applied makeup to since.

One day, a photographer friend asked Dedivanovic to apply makeup to an up and coming reality star named Kim Kardashian. An invitation that Dedivanovic almost declined!

After the makeup application, Kardashian was impressed and continued to book him. The partnership has lasted over 10 years. As Kim’s fame grew, she and Dedivanovic uploaded a YouTube video that showed viewers the secret behind her beat—contour and highlight. This trend blew up and with it Dedivanovic’s career.

Requests of more tutorials spilled into his Instagram account and he decided to begin the Masterclass. At first only seating 16 attendees, it now seats hundreds of people interested in learning the MakeupbyMario magic!

It takes a lot of work, but with dedication and good intuition, you can become a makeup artist too, it all starts with dreams and believing in yourself.